Who Is Aaron Rashkin? Man, Myth, or Legend 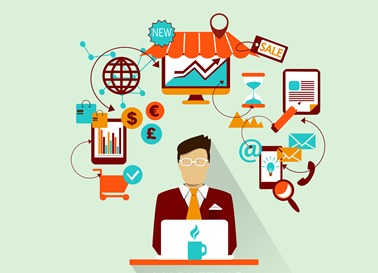 Aaron or machine? Is he some ghostly guru? Or is he legitimately rich and brilliant?

I was introduced to Aaron Rashkin through the Empower Network Inner Circle. And although I wasn’t impressed with the profane description that preceded him as a “bad-ss,” I was willing to listen to the training because I’m always ready to learn something new.

My first surprise came as the announcer introduced Aaron Rashkin’s wife, Sophia-and what a sweet surprise! She was kind and down-to-earth, but she knew the business inside and out. After I found out that their motivation for pursuing MLM and online marketing was for the sake of their children, my ears perked.

Aaron and Sophia have two sons who they’ve devoted their lives to, and I think that’s totally amazing. Although I have them beat by three (five children), I completely agreed with their business model and rationale.

Children are the foremost important people in our lives and in this world, and nothing is worth sacrificing a healthy relationship with them or missing their childhood because of some stuffy job that keeps you away from the home 40+ hours every week.

As a parent, you just want to know that you’re not nuts for making so many sacrifices for your kids, and for choosing the business ventures you think would best benefit your family’s goals.

I must admit, at first it was hard to believe their dream was possible for anyone-especially for an average Joe who has no budget, no leads, and no marketing experience. When they began the online marketing business, they already had a steady income from another offline MLM Company, and they apparently spent large amounts of money per month on paid advertising.

See also  DUI Lawyers and Their Services For You

But when Aaron and Sophia Rashkin were asked the question, if they were to begin again from scratch with no budget and no experience what would they do differently, I was immediately sold.

Here’s their advice for the newbie-begin with every free option available. Start with blogging, article marketing, content syndication, and social media marketing. Although this sounds like a simple formula, I’ve heard this same advice from several top earners-and after testing their theory and testing the waters, I’ve concluded that it’s true.

Aaron Rashkin says getting started is easy, but being consistent and sticking with the process requires fortitude and focus!

So, if you were trying to decide whether or not to listen to the Rashkins, I wouldn’t hesitate. They’re on to something big; and if you’re smart, you’ll get connected to their newsletter. They have demonstrated sustained success in the home-based business venue, and their goal is to help you achieve the same success – you can succeed and even surpass proven leaders… just like Aaron Rashkin.